Come take a ride with us.

Do you love limos as much as we do at Sunshine Chauffeur Limousine Services in Daytona Beach? Every time we encounter another limo on the street, we are sure to turn our heads. A variety of different limos exist, each with their own unique characteristics. Here are some fun facts about limos:

Named After a Region in France

You may be wondering where on earth the name “limousine” even came from, and it actually refers to the Limousin region in France. Traditionally, shepherds in this area wore cloaked hoods to protect themselves from harsh environmental conditions. The covered compartment of early limousines resembled the cloaked hoods from the region, and the name was born. However, the word is quite a mouthful, which is why most people simply call the vehicles limos.

When were stretch limos invented? In the 1920’s, big band jazz ensembles grew wildly popular and toured the country. The problem they encountered was how to transport such a large group of people and their instruments to concerts. The Ambruster Company in Fort Smith, Arkansas developed an excellent solution: the stretch limo.

Popular big bands such as the Benny Goodman Band and the Glenn Miller Band traveled via stretch limo and they also used these vehicles to transport their equipment and band agents. These vehicles became so popular that they developed later into tour buses that so many musicians commonly use today.

Did you know that limos were the first vehicles to come equipped with air conditioning? The Packard Motor Car Company built the first air conditioners in 1939 for limousines and luxury cars. The original system was highly inefficient and took up about half of the trunk space in the car.

Known as “The American Dream,” this limo was built by California custom car manufacturer, Jay Ohrberg in 1997. At 100 feet long, this car features 26 wheels distributed throughout its entire body. In fact, this car is so long that it’s split and hinged so that it can make some turns. Featuring a hot tub, four TV’s, an air conditioning compressor and two fax machines, this was the dream limo of the nineties.

At Sunshine Chauffeur Limousine Services in Daytona Beach, we may not include a 100-foot-long vehicle in our fleet, but do have a roomy Cadillac Escalade big enough to fit up to 20 people. For slightly smaller parties, we have two Lincoln Town Car limos that can hold up to ten people. If you only need a limo rental for six people or fewer, we have another Lincoln Town Car perfect for the occasion.

Whether you have a major event coming up or need a ride to the airport, we have a fleet of luxury limos as well as a high-end Range Rover and a beautiful 1963 Lincoln Continental. Whether you need a limo or car service for a wedding, birthday, concert, sporting event or other special occasions in Daytona Beach, we’ve got you covered. If you need to travel the Intracoastal Waterway, we have a boat large enough to seat eight people. Contact Sunshine Chauffeur today to get started. 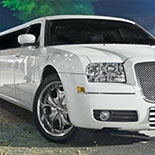 Browse our fleet of limos and vehicles and decide which one is the best fit for your next event. Need help deciding? Give us a call. 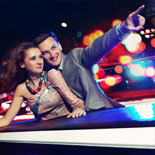 Do you have an upcoming special event or group outing? Ask about our current special limo service offerings! 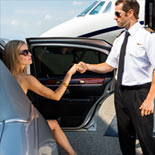 We're sure to have the limo or vehicle you need! Give us a call or request a quote online now to reserve your spot.